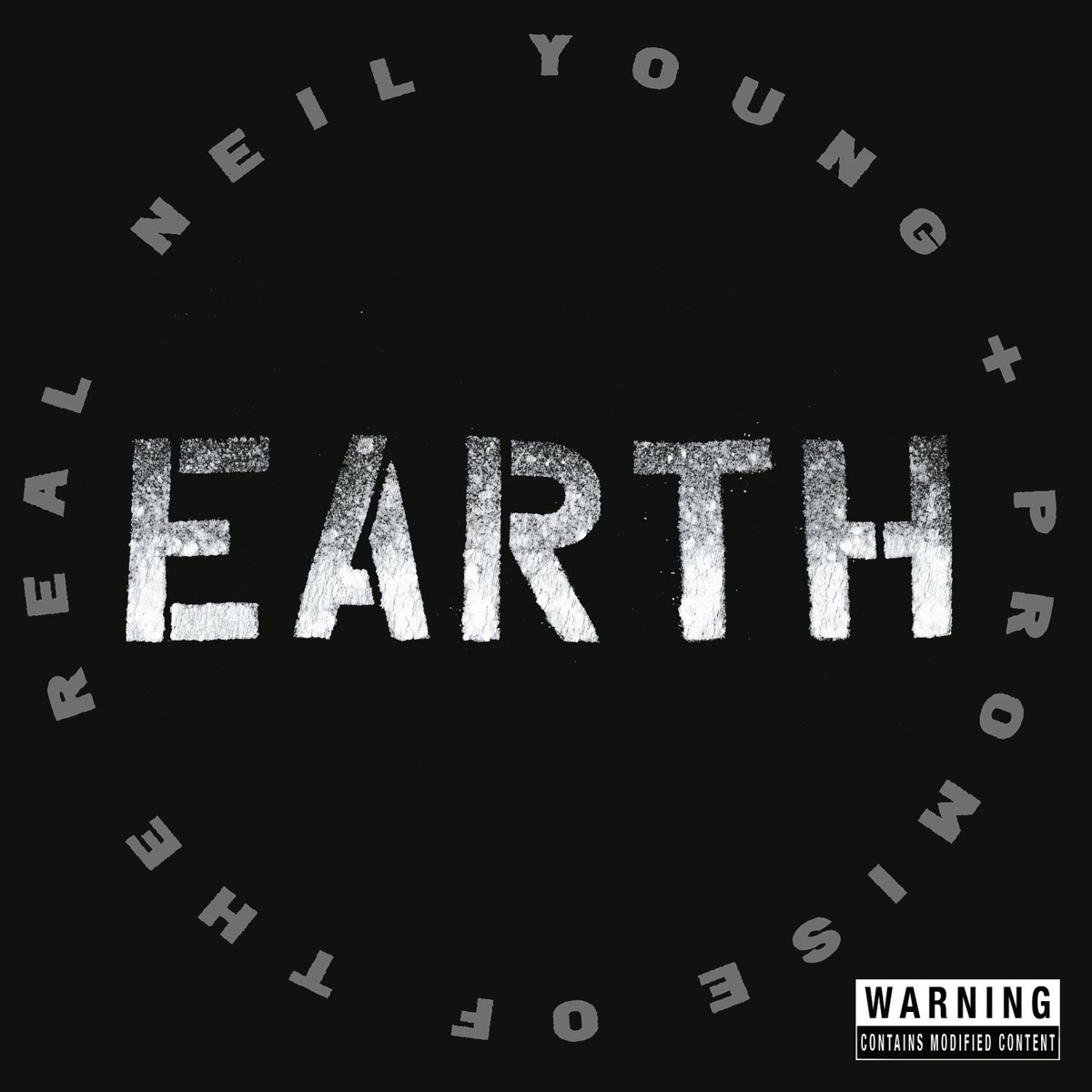 Editorial Reviews Neil Young will release a new album, entitled EARTH, on June 17thvia RepriseRecords. The album features performances of songs from a range of Young’salbums,including last year’s The Monsanto Years, 1990’s Ragged Glory, and1970’s After the Gold Rush.The audio was captured during Young’s 2015 tourwith The Promise of the Real, fronted by LukasNelson (vocals/guitar) and MicahNelson (guitar, vocals) – Willie Nelson’s sons. The tour includedYoungperforming solo and with the band for a full electric show. A new take on some of Young’s most beloved songs, EARTH features the liverecordings, along withadded musical overdubs, as well as sounds of the earth,such as city sounds like car horns, soundsof insects, and animal sounds frombears, birds, crickets, bees, horses, cows – creating a verystrange, yetbeautiful atmosphere. “Ninety-eight uninterrupted minutes long, EARTH flows as a collection of 13songs from throughoutmy life, songs I have written about living here on ourplanet together,” says Young. “Our animalkingdom is well represented in theaudience as well, and the animals, insects, birds, and mammalsactually takeover the performances of the songs at times.”

Without Music Life Would B Flat Vinyl Wall Art