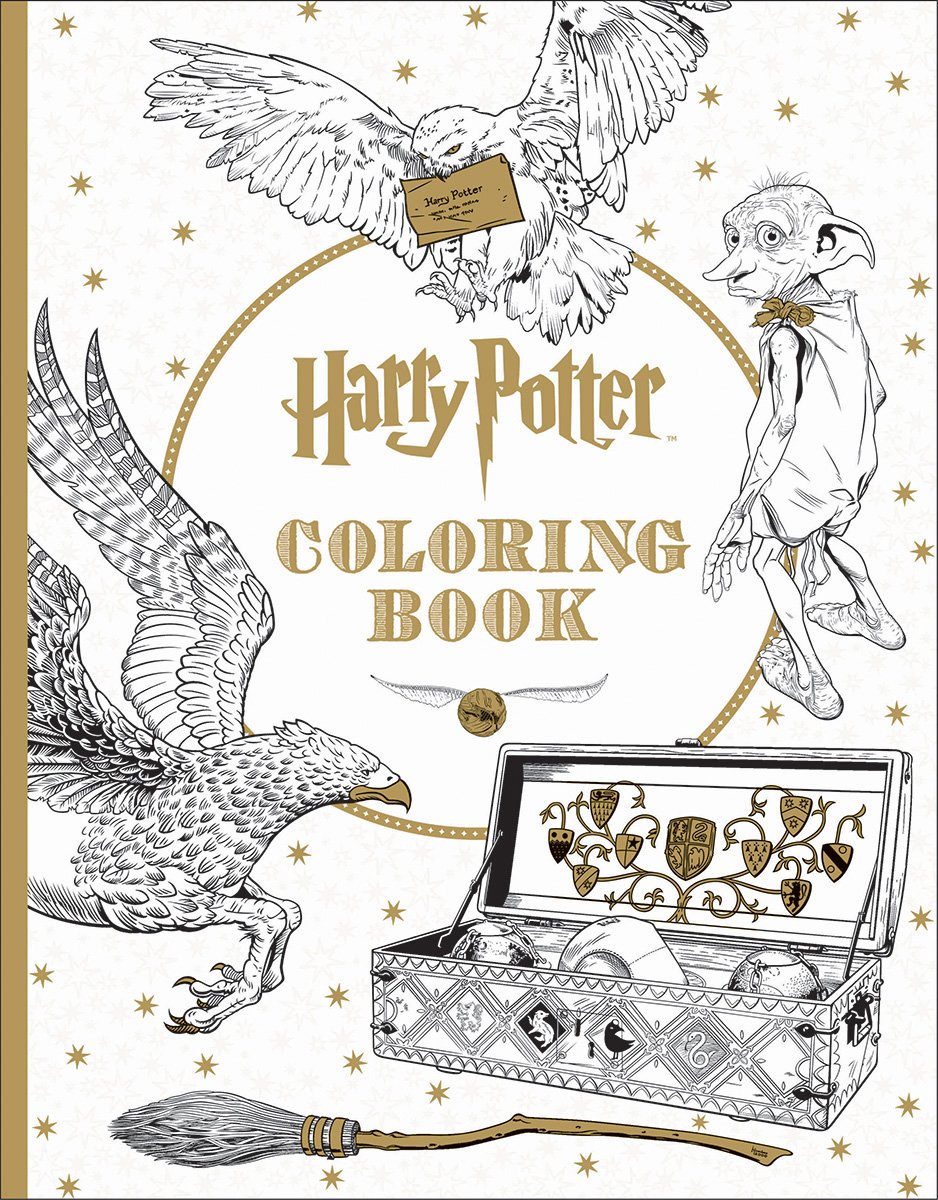 Color: Coloring Book Unleash your creativity and escape to one of the most beloved series of alltime. From the heraldry of the four Hogwarts houses to the extravagant wares ofWeasleys’ Wizard Wheezes, the world of Harry Potter overflows with radiantcolor. Filled with intricate illustrations and elaborate designs used in themaking of the Harry Potter films, this book invites you to imbue the wizardingworld with color in your own explorations of Hogwarts Castle, the ForbiddenForest, and much more. You will also find pages of magical creatures andiconic scenes from the films, from the Sorting Ceremony in Harry’s first year,to the unforgettable final battle between Harry and Lord Voldemort, as well assome of the marvelous props used in the movies, such as The Quibbler,Quidditch World Cup posters, and the Triwizard Cup. Also includes sixteenpages of full-color art from the movies to inspire you as you draw. Review A treat for all Harry fans, it has gorgeous line drawings. — Natasha HardingThe Sun It’s the coolest colouring book ever. I like the pictures of Harry andHagrid best Phoebe, age 7 Harry Potter fans might not be able to employ thecharm with which the boy wizard managed to turn his primary school teacher’swig blue, but – wielding their muggle felt-tips – they will soon be able tobring colour to the world created by JK Rowling thanks to a new colouringbook. The first official Harry Potter colouring book is out on 5 November,publisher Studio Press, said today, and is already storming the bestsellercharts, in ninth place on Amazon.co.uk’s bestseller list with almost a monthto go before publication. Running to almost 100 pages of artwork drawn fromthe Harry Potter films, it “includes all of the fan-favourite scenes,creatures, and characters of the series”, said the publisher, “from Dobby andbaby Norbert to Quidditch games and the unforgettable final battle betweenHarry and Lord Voldemort”. — Alison Flood The Guardian From Warner Bros comesan enchanting book filled with characters, film stills, scenes and detaileddrawings used in the making of the Harry Potter movies. There’s Dobby theHouse-elf, Hedwig and baby Norbert, as well as Quidditch games to partake inand, of course, the ultimate battle between Harry and Lord Voldemort. –American Express Essentials for-adults-2016/ _–This text refers to an alternate Paperback edition._