Healthworks Ceylon Cinnamon Organic Ground Powder, 1lb Product Details Shipping Weight: 6 Receive a full refund or replacement within 30 days if you are not completely satisfied Cinnamon dates back thousands of years as it was not only used as a spice, butin traditional Chinese medience as well more! PAYMENT POLICY We accept all major Credit Card 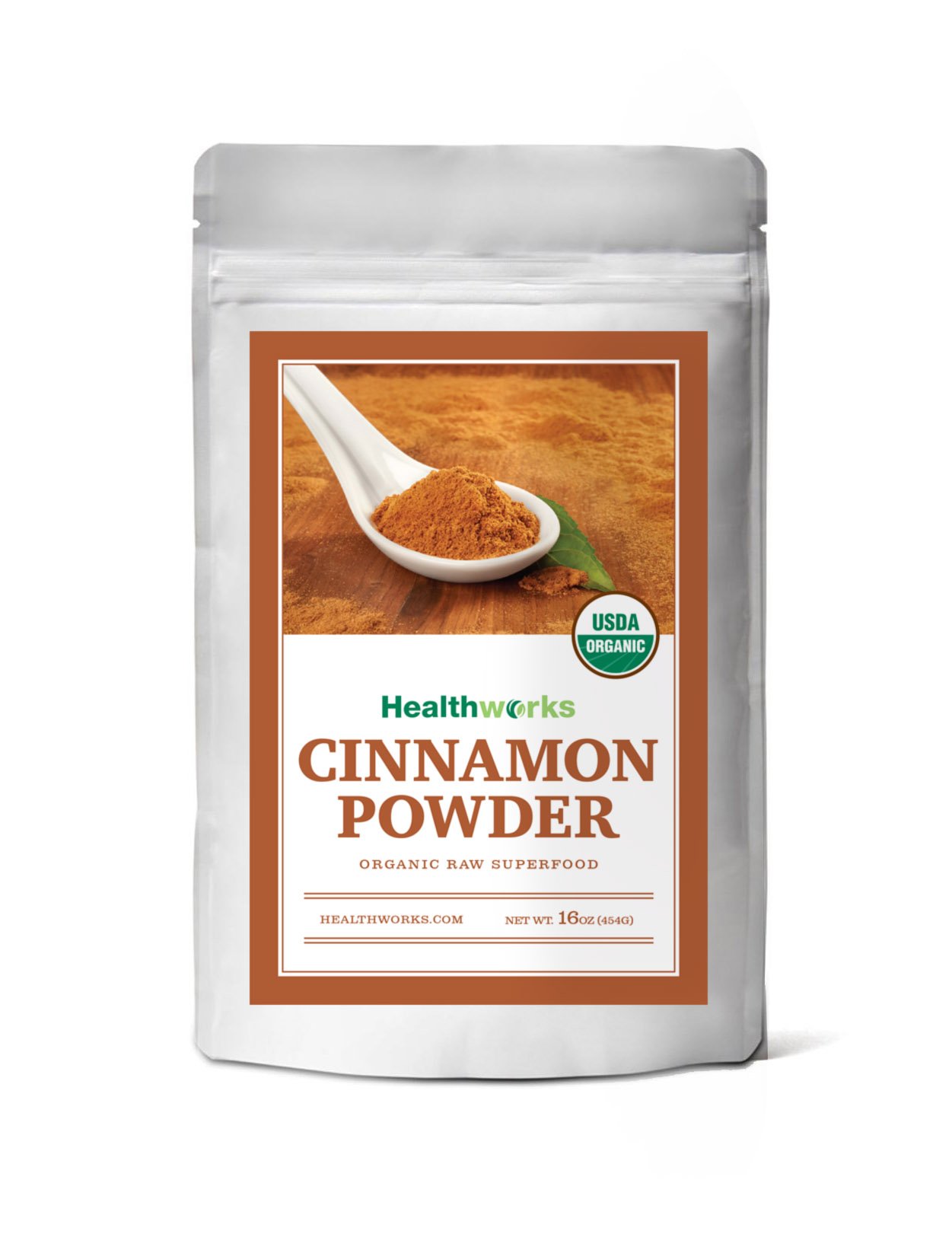 Cinnamon dates back thousands of years as it was not only used as a spice, butin traditional Chinese medience as well. Native to Sri Lanka, the Cinnamomumverum, called “true cinnamon tree” or Ceylon cinnamon tree is a smallevergreen tree in which its inner bark is used to make cinnamon. Our Cinnamoncomes directly from the Ceylon cinnamon tree which is harvested from the,“mature, portion of the trunk by stripping off the bark and rolling it insideof the other. After being dried at low temperatures, it is carefully milledinto fine powder to retain the high nutritional value and allows for maximumdigestion and absorption when consumed. Cinnamon can be enjoyed in a varietyof ways. Its mild, sweet taste is perfect for cookies, cakes, coffee,oatmeal, and breads as well as curries, sauces, vegetable dishes, mullingwines, mulling apple cider and punches. Our Healthworks 100% USDA CertifiedOrganic Cinnamon Powder is raw, pure, all-natural, vegan, non-GMO and has lowlevels of coumarin, making it a great addition to any lifestyle. Healthy anddelicious – add Cinnamon powder to your diet and reap the benefits! TRY WITH:Coffee, Smoothies, Baked Goods, Oatmeal, Puddings, Energy Balls, MulledDrinks, Mixed into Tea & more!