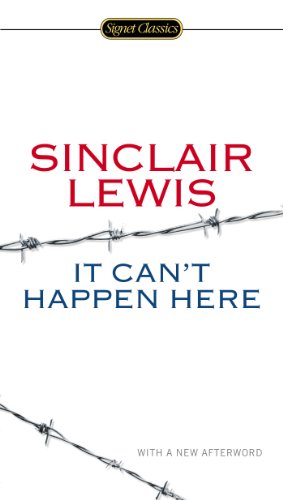 Review ,“Written at white heat.,Chicago Tribune Read more About the Author Theson of a country doctor, Harry Sinclair Lewis (1885,1951) was born in SaukCentre, Minnesota. His childhood and early youth were spent in the Midwest,and later he attended Yale University, where he was editor of the literarymagazine. After graduating in 1907, he worked as a reporter and in editorialpositions at various newspapers, magazines, and publishing houses from theEast Coast to California. He was able to give this work up after a few of hisstories had appeared in magazines and his first novel, Our Mr. Wrenn (1914),had been published. Main Street (1920) was his first really successful novel,and his reputation was secured by the publication of Babbitt (1922). Lewis wasawarded a Pulitzer Prize for Arrowsmith (1925) but refused to accept thehonor, saying the prize was meant to go to a novel that celebrated thewholesomeness of American life, something his books did not do. He did accept,however, when in 1930 he became the first American writer to receive the NobelPrize for Literature. During the last part of his life, he spent a great dealof time in Europe and continued to write both novels and plays. In 1950, aftercompleting his last novel, World So Wide (1951), he intended to take anextended tour but became ill and was forced to settle in Rome, where he spentsome months working on his poems before dying.Michael Meyer, PhD, a professorof English at the University of Connecticut, previously taught at theUniversity of North Carolina at Charlotte and the College of William and Mary.His scholarly articles have appeared in such periodicals as AmericanLiterature, Studies in the American Renaissance, and Virginia QuarterlyReview. An internationally recognized authority on Henry David Thoreau, he isa former president of the Thoreau Society and the coauthor of The New ThoreauHandbook, a standard reference. His first book, Several More Lives to Live:Thoreaus Political Reputation in America, was awarded the Ralph Henry GabrielPrize by the American Studies Association. In addition to The BedfordIntroduction to Literature, his edited volumes include Frederick Douglass: TheNarrative and Selected Writings. Read more See all Editorial Reviews

Spontuneous Board Game: The Game Where Lyrics Come To Life Sing It Or Shout I..

You Want It Darker

Mask It 48035 Mardi Gras Satin And Feather Half Mask Purple

Organize It All Belt/Scarf Ring Chrome