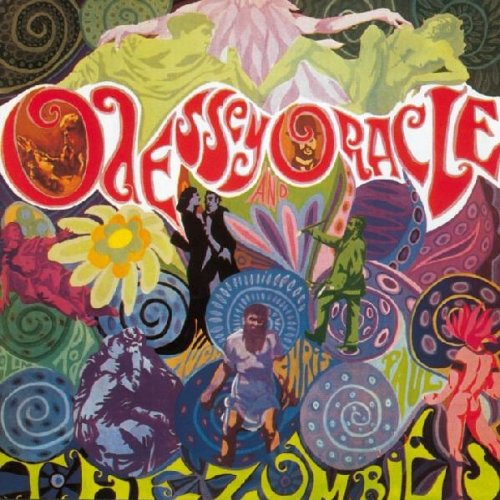 Re-mastered version of the 1968 psychedelic masterpiecefeatures the entire album in its correct stereo mix. Alongside Sgt. Pepper andPet Sounds, there is Odessey & Oracle, a timeless psychedelic classic thatbelatedly attained the recognition it so thoroughly deserved. Review Odesseyand Oracle was one of the flukiest (and best) albums of the 1960s, and one ofthe most enduring long-players to come out of the entire British psychedelicboom, mixing trippy melodies, ornate choruses, and lush Mellotron sounds witha solid hard rock base. But it was overlooked completely in England and barelygot out in America (with a big push by Al Kooper, who was then a ColumbiaRecords producer); and it was neglected in the U.S. until the single “Time ofthe Season,” culled from the album, topped the charts nearly two years afterit was recorded, by which time the group was long disbanded. Ironically, atthe time of its recording in the summer of 1967, permanency was not much onthe minds of the bandmembers. Odessey and Oracle was intended as a finalstatement, a bold last hurrah, having worked hard for three years only to seethe quality of their gigs decline as the hits stopped coming. The results areconsistently pleasing, surprising, and challenging: “Hung Up on a Dream” and”Changes” are some of the most powerful psychedelic pop/rock ever heard outof England, with a solid rhythm section, a hot Mellotron sound, and chiming,hard guitar, as well as highly melodic piano. “Changes” also benefits fromradiant singing. “This Will Be Our Year” makes use of trumpets (one of thevery few instances of real overdubbing) in a manner reminiscent of “PennyLane”; and then there’s “Time of the Season,” the most well-known song intheir output and a white soul classic. Not all of the album is that inspired,but it’s all consistently interesting and very good listening, and superior tomost other psychedelic albums this side of the Beatles’ best and Pink Floyd’searly work. Indeed, the only complaint one might have about the original LP isits relatively short running time, barely over 30 minutes, but even that’srefreshing in an era where most musicians took their time making their point,and most of the CD reissues have bonus tracks to fill out the space available.–Bruce Eder, All Music Guide