Shin Megami Tensei IV – Nintendo 3DS Product Details Domestic Shipping: Item can be shipped within U 14 Players must leave the safety of Mikado in order to defend it from the invading demons; There the story unfolds as the true history of Mikado comes to light Demon Collection and Fusion The core mechanic of the Shin Megami Tensei series returns w 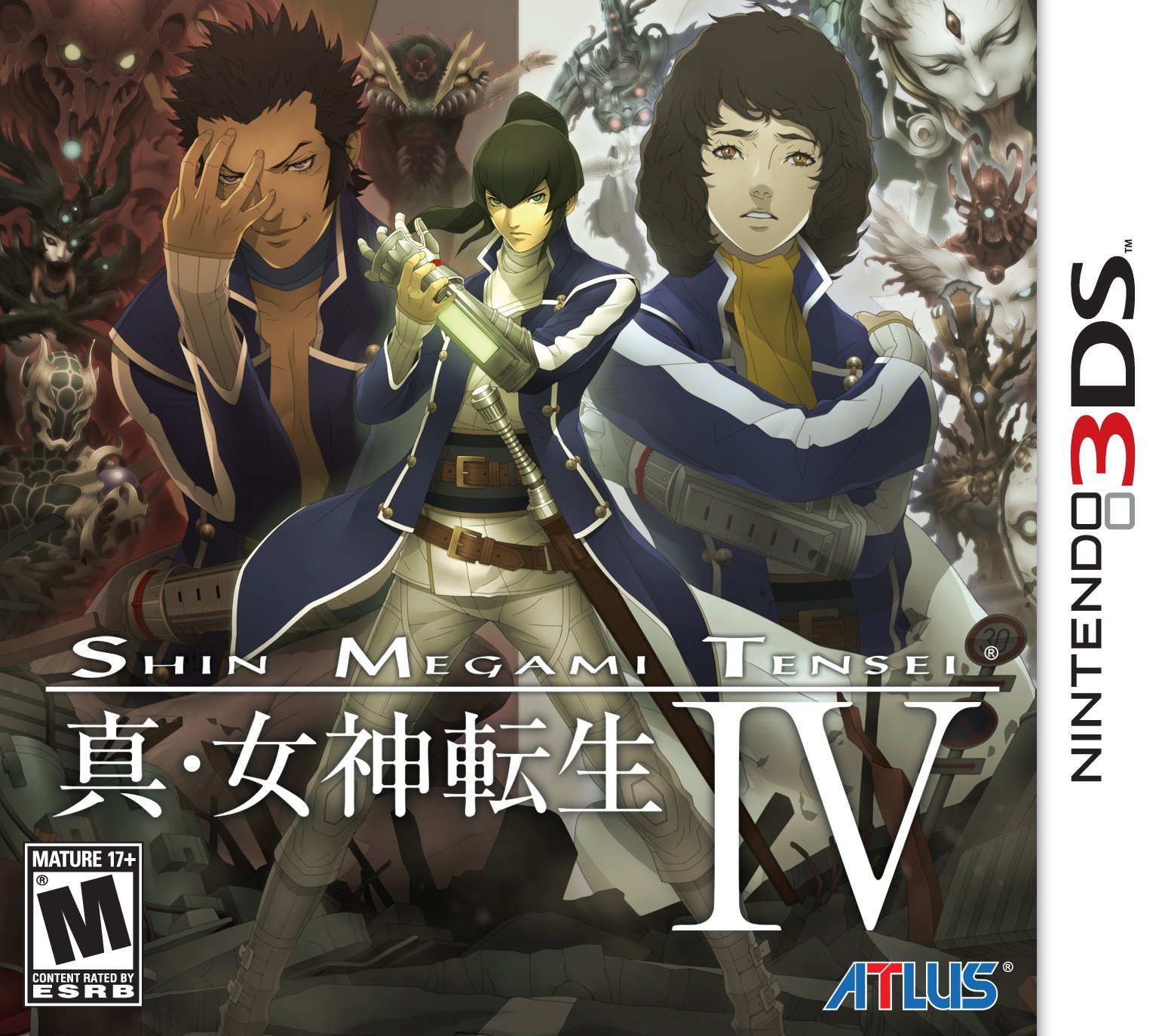 The Shin Megami Tensei RPG series began in Japan in 1992 on Super Famicom.Neither this game nor its sequel was published in North America. In 2004 ShinMegami Tensei III: Nocturne was the first SMT game in North America, although”III” was removed from the PlayStation 2 title. The SMT series later spun offseveral sub series, including Persona, Devil Summoner, Devil Survivor, DigitalDevil Saga, and the standalone Strange Journey. This new RPG is considered thefourth in the Shin Megami Tensei mainline series. In 1492, the kingdom of EastMikado is protected by high walls, with the castle and its king at the center.A young warrior, 18 years old, has just been chosen to become a Samurai, onewho, with the aid of a special tool called a Gauntlet, will serve as a secretprotector of the city. It is the duty of the Samurai to exterminate a demonthreat of which its citizens are unaware. However, the situation is not assimple as human versus demon; There are factions within the human group thatmust be discovered and understood in order for alliances to be formed, pathsset, and the destiny of the world decided. From the Manufacturer view larger Shin Megami Tensei IV Demon Collection and Fusion The core mechanic of the Shin Megami Tensei series returns with more than 400demons to recruit, collect, and fuse together. Players will constantly bechallenged with balancing the strengths of their demons to ultimately excel inbattle. A World to Discover, A Mystery to Uncover The life of a Samurai is fraught with peril. Players must leave the safety ofthe kingdom in order to defend it from invading demons. There the storyunfolds as they become involved in a fierce battle against God and demons. Pressing the Combat Advantage The Press Turn system requires strategic thinking for every battle.Pinpointing an enemy’s weakness will provide a vital extra turn for players toexploit. But there are dangers as well…reckless attacks against demons causeplayers to lose their turns and give the enemy an opening to strike back. An All-Star Development Team A decade in the making, the development team boasts the creative talent ofstaff from such well-known games and series as _Persona, SMT: Nocturne, DevilSummoner, Trauma Center, SMT: Strange Journey, Digital Devil Saga,_ and _SoulHackers._ Screenshots About the Game The Eastern Kingdom of Mikado is a city of the chosen, sitting on high andprotected all around by towering walls. Yet its people are at risk from anongoing demon threat that the player as a newly appointed Samurai are duty-bound to fight against. Throughout the player’s journey, they must choosetheir own path. The choices will affect them, other NPCs, and the overalloutcome of the story. Decisions players make throughout the course of thestory will have lasting repercussions, as the fate of the world hangs in thebalance. A third-person RPG epic, Shin Megami Tensei IV is the latest addition to themain Shin Megami Tensei series. Developed by the award-winning ATLUS team,Shin Megami Tensei IV features powerful new demons, expansive dungeons, epicstory arcs with branching plot lines, game-altering decision making, and more.Built specifically for the Nintendo 3DS system with optimized graphics, 3-Ddungeons, voiced dialogue, and StreetPass functionality, Shin Megami Tensei IVis a premium title that should grace every RPG fan’s collection. A decade since the last release, the latest Shin Megami Tensei game introducesnew features such as the digital demon lending, brought to life by theNintendo 3DS StreetPass function. Use the 3DS’ game coins to buy the abilityof resurrection, allowing players to jump right back into the game withoutfear that the previous hours of hard work will go to waste. Taking advantageof the autosave and autoload functions will also save the player fromencountering future problems.