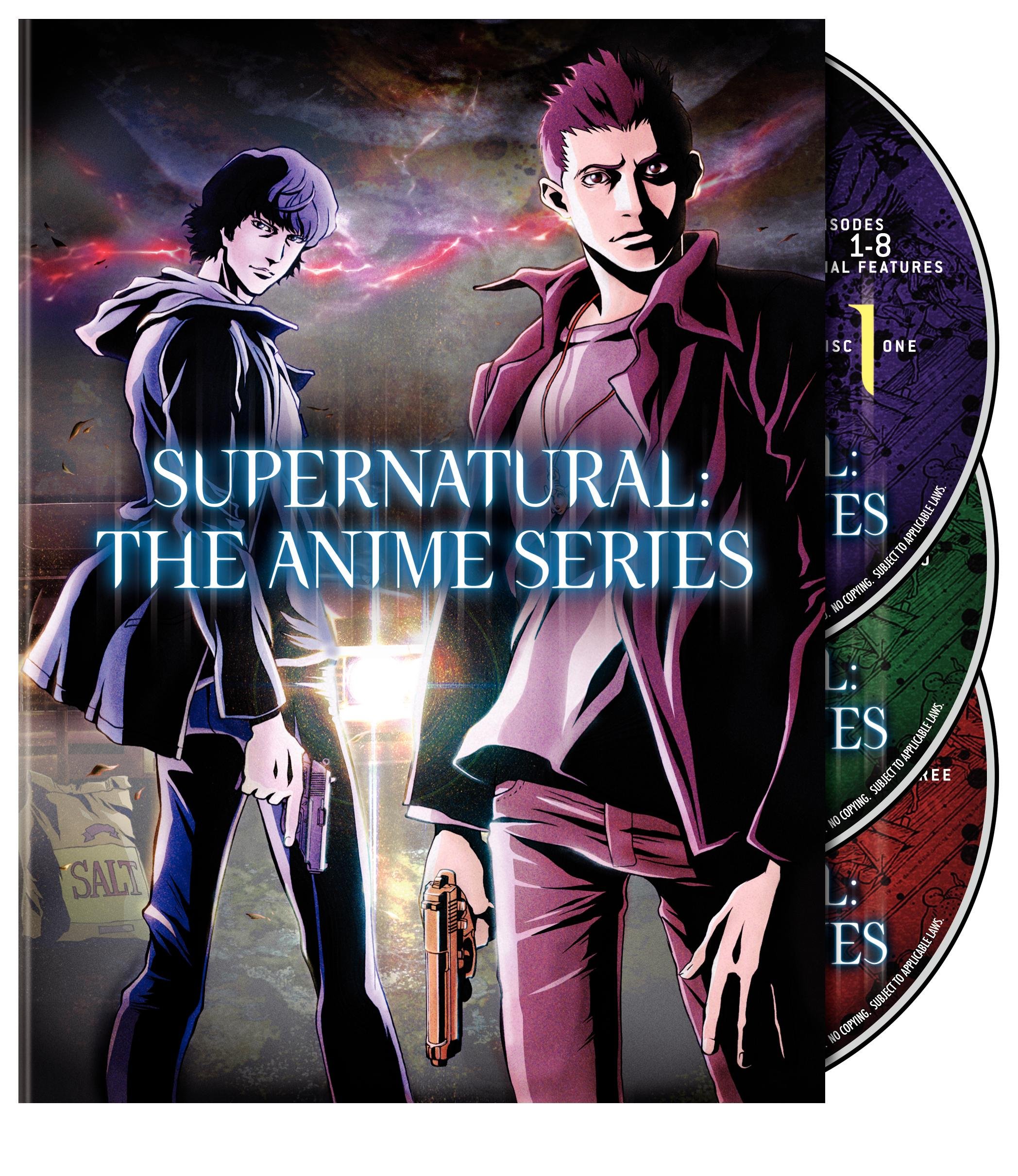 Editorial Reviews The otherworldly TV phenomenon that is Supernatural makes history enteringanother world: as the first-ever live-action television show to be reimaginedas an anime series. The internationally acclaimed animation powerhouseMadhouse Studios produces the show with the blessing of original seriescreator Eric Kripke. With storylines mirroring Supernatural’s first twoseasons plus supplemental tales derived from prequels and spinoffs, this3-Disc, 22-Episode Collection expands the dimensions of the familiarWinchester mythology. Journey down the backroads of America with brothers Samand Dean as they search for clues to their father’s disappearance, hunt downthe supernatural in all its unearthly forms and enter into the unexpectedmystery of their destinies – in vibrant, exciting anime. The OAV _Supernatural: The Anime Series_ (2011) is an anime first: an Americanlive-action show reworked as a Japanese animation series. (The original_Supernatural_ debuted in 2005 on the WB, and continues on the CW.) Sam andDean Winchester are Hunters–licensed officers who tool around the UnitedStates in a classic black Chevy Impala, pursuing demons, ghosts, vampires, andother evil spirits. They’re also looking for their father, a Hunter who’schasing the evil entity that killed their mother. Almost all the spectersstrike attractive young women, and the series soon devolves into a damsel-in-distress formula, with Sam and Dean arriving in the nick of time to dispatchthe threat with silver bullets, salt, and fire. Some of the episodes arereworked from the original program; others are new story lines for thecharacters. But too many of them play like a mash-up of _Buffy the VampireSlayer_ and _The Hardy Boys_. _Supernatural: The Anime Series_ recalls oldlive-action-based Saturday morning shows like _The Karate Kid_ and _Fonz andthe Happy Days Gang_. The designs for the characters are stiff, and theanimation remains minimal, with still drawings accompanying voice-overdialogue. Although there are occasional interesting special effects, theseries doesn’t really make use of the potential that animation offers. JaredPadalecki and Jensen Ackles repeat their roles as Sam and Dean, and appear intight T-shirts to introduce each episode. (Not rated; suitable for ages 14 andolder: graphic violence, violence against women and children, grotesqueimagery, animal cruelty, alcohol use, potentially offensive religious imagery)_–Charles Solomon_ (1. The Alter Ego, 2. Roadkill, 3. Home, 4. Ghost on the Highway, 5. SavageBlood, 6. Till Death Do Us Part, 7. Temptation of the Demon, 8. EverlastingLove, 9. The Spirit of Vegas, 10. Moonlight, 11. Nightmare, 12. DarknessCalling, 13. What Lives in the Lake, 14. Reunion, 15. Devil’s Trap, 16. In MyTime of Dying, 17. Rising Son, 18. Crossroad, 19. Loser, 20. What Is and WhatShould Never Be, 21. All Hell Breaks Loose, Part 1, 22. All Hell Breaks Loose,Part 2)