The Tick: The Complete Series 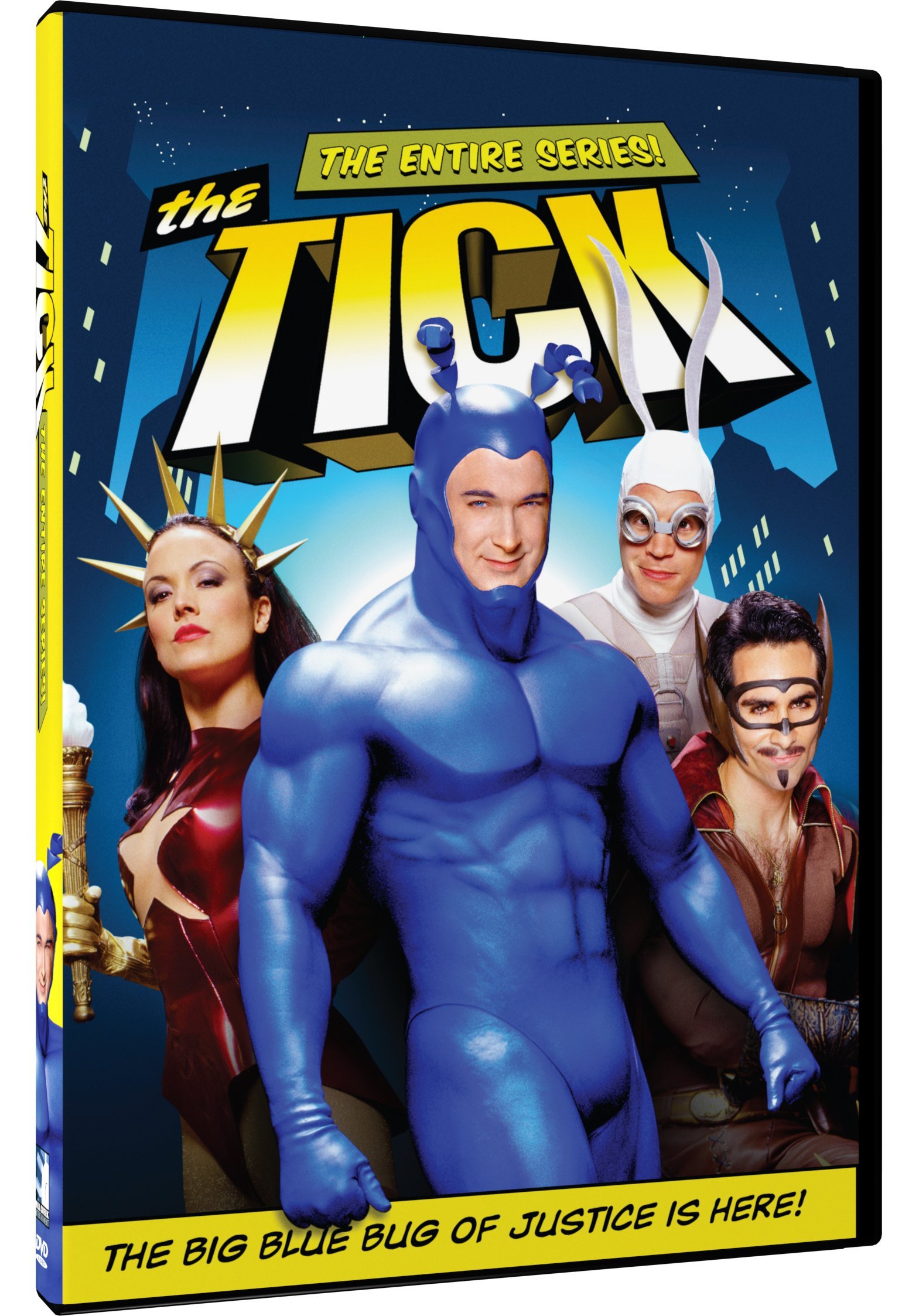 The Big Blue Bug of Justice is Here! In a world where criminals rule thestreets, evil has finally met its match. There is a new protector of the weakand oppressed, the hilarious blue defender of goodness, known as… The Tick(Patrick Warburton, Seinfeld)! Together with his sidekick Arthur (David Burke,Party of Five) and their friends – the insatiable Batmanuel (Nestor Carbonell,The Dark Knight) and the alluring Captain Liberty (Liz Vassey, CSI) – theseheroes will prove they are more than just big, dumb guys in silly-lookingsuits. Produced by Barry Sonnenfeld (Men in Black I & II) and Barry Josephson(Bones) and based on the hit comic book, this hysterical set contains nineepisodes, spanning the entire series. So let this be a warning to naughtypeople everywhere, for you have met … The Tick! Includes all 9 Episodes!Based on the Cult Comic by Ben EdlundStarring: Patrick Warburton (Rules ofEngagement, Men in Black II), David Burke (Party of Five), Nestor Carbonell(Suddenly Susan) and Daytime Emmy nominee Liz Vassey (All MyChildren)CONTENTS: 1 Pilot (aka The Tick vs The Red Scare) 2 The Funeral 3Couples 4 The License 5 Arthur Needs Space (aka Arthur Needs His Space) 6 TheBig Leagues 7 The Tick vs Justice 8 Arthur, Interrupted 9 The Terror (aka TheTick vs The Terror)

Huge Rainbow Kite For Kids – One Of The Best Selling Toys For Outdoor Games A..