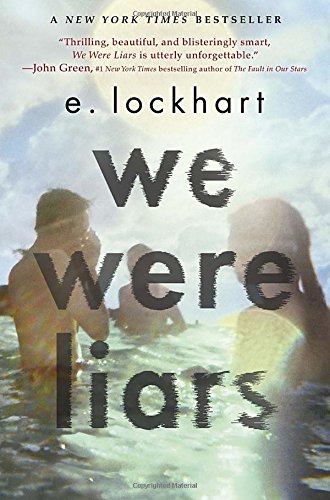 Review An Amazon Best Young Adult Book of the Month, May 2014: E.Lockharts novel, We Were Liars, is clever, alluring, and wildly addictive.Each summer the wealthy, seemingly perfect, members of the Sinclair familygather on their private island. We Were Liars is the story of those annualreunions; in particular what happened during a summer that protagonist Cadenceis unable to remember. Prejudice, greed, and shifting patriarchal favoritismamong the three adult sisters contrasts with the camaraderie and worldview ofthe teenage cousins and their dear friend Gat. Lazy days of sticky lemonadeson the roof and marathon Scrabble games give way to twisty suspense, truelove, and good intentions gone horribly wrong. We Were Liars is a story thatbegs to be read in one sitting. –Seira Wilson Read more From School LibraryJournal Gr 9 Up,Cadence Sinclair Easton comes from an old-money family, headedby a patriarch who owns a private island off of Cape Cod. Each summer, theextended family gathers at the various houses on the island, and Cadence, hercousins Johnny and Mirren, and friend Gat (the four “Liars”), have beeninseparable since age eight. During their fifteenth summer however, Cadencesuffers a mysterious accident. She spends the next two years,and the course ofthe book,in a haze of amnesia, debilitating migraines, and painkillers, tryingto piece together just what happened. Lockhart writes in a somewhat sparsestyle filled with metaphor and jumps from past to present and backagain,rather fitting for a main character struggling with a sudden andunexplainable life change. The story, while lightly touching on issues ofclass and race, more fully focuses on dysfunctional family drama, a heart-wrenching romance between Cadence and Gat, and, ultimately, the suspense ofwhat happened during that fateful summer. The ending is a stunner that willhaunt readers for a long time to come.,Jenny Berggren, formerly at New YorkPublic Library Read more See all Editorial Reviews

We Are The 21St Century Ambassadors Of Peace & Magic